Commercial space center to take off 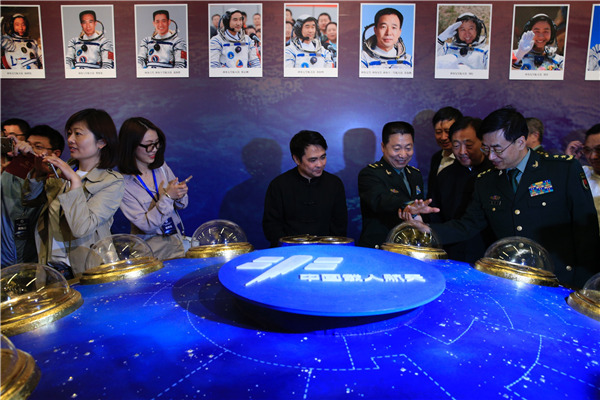 China’s first man in space, Yang Liwei, compares his hand with his preserved print displayed at an exhibit about China Space Day at the National Museum of China in Beijing.[Photo/China Daily]