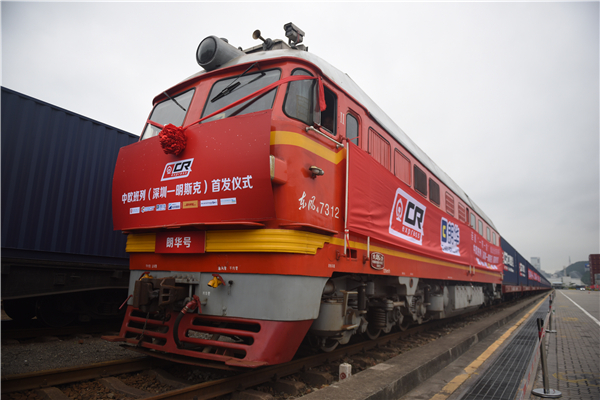 Photo taken on May 22, 2017 shows the first freight train of China Railway Express departing from the city of Shenzhen to European countries at Yantian Port in Shenzhen, South China’s Guangdong province. Freight train X8428, with a total travelling length of 9900 kilometers and bound for Minsk of Belarus, departed from Shenzhen’s Yantian Port on May 19, marking the opening of a new Sino-European freight train route starting from Shenzhen. [Photo/Xinhua]