Stable growth remains the way ahead 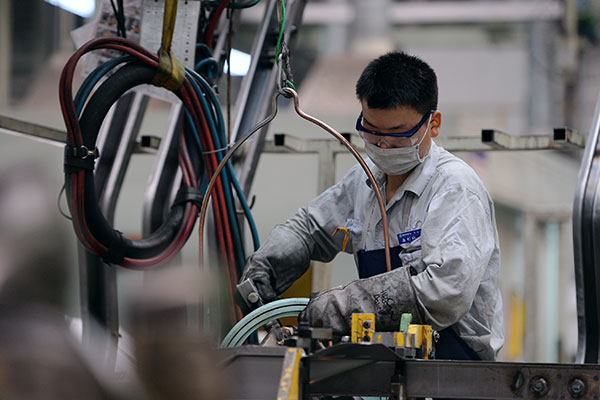 A worker performs a soldering job at an auto manufacturing plant in Xi’an, capital of Shaanxi province.[Photo/Xinhua]