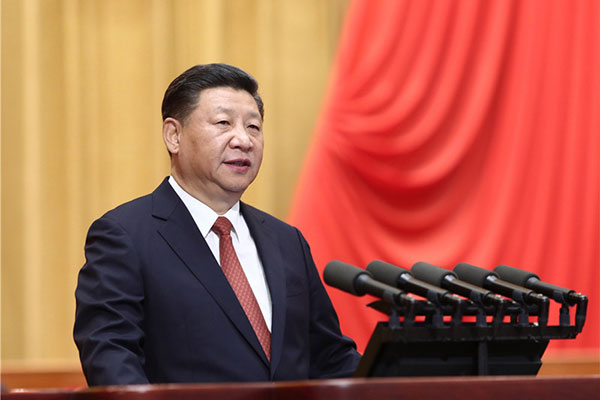 President Xi Jinping, also general secretary of the Communist Party of China Central Committee and chairman of the Central Military Commission, addresses a grand gathering in celebration of the 90th founding anniversary of the People’s Liberation Army (PLA) at the Great Hall of the People in Beijing, capital of China, Aug 1, 2017. [Photo/Xinhua]