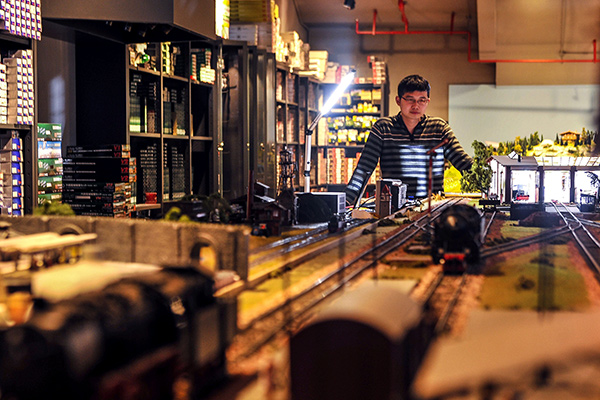 A returnee from the US displays the model trains he sells on his online store in Shanghai.[Photo/China Daily]