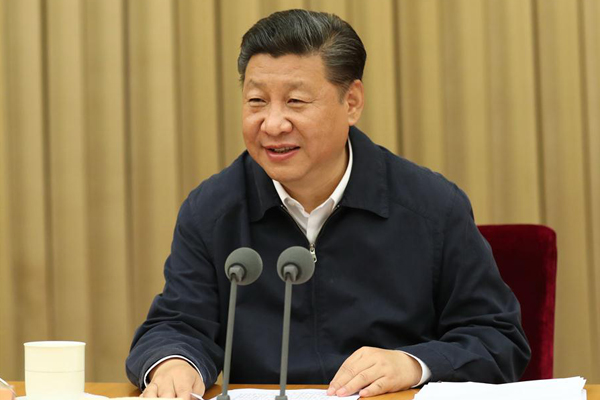 President Xi Jinping, also general secretary of the Communist Party of China (CPC) Central Committee and chairman of the Central Military Commission, addresses the opening session of a workshop in Beijing, capital of China. A workshop for provincial and ministerial officials was held from July 26 to July 27 in preparation for the 19th National Congress of the CPC. [Photo/Xinhua]