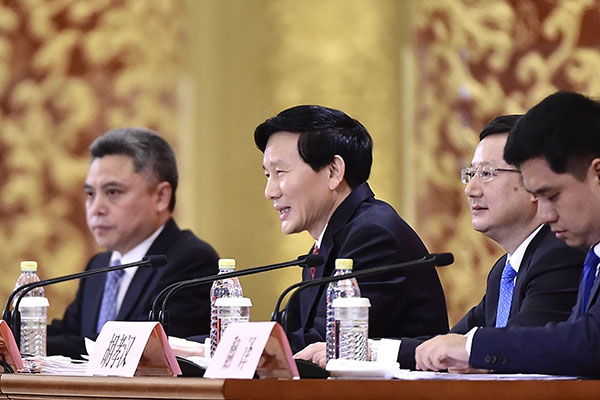 Spokesman for the 19th National Congress of the Communist Party of China Tuo Zhen (center) answers questions from journalists at a news conference at the Great Hall of the People on Oct 17 in Beijing.[Photo/Xinhua]