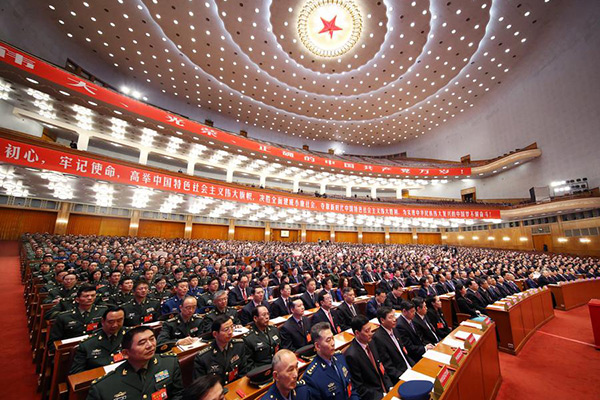 Delegates attend the closing session of the 19th National Congress of the Communist Party of China (CPC) at the Great Hall of the People in Beijing, capital of China, Oct 24, 2017. [Photo/Xinhua]