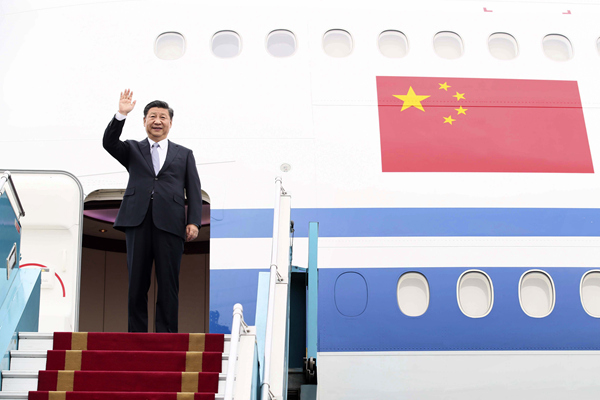 Xi Jinping, general secretary of the Central Committee of the Communist Party of China and Chinese president, arrives in Hanoi on Nov 12, 2017 for a state visit to Vietnam. [Photo/Xinhua]