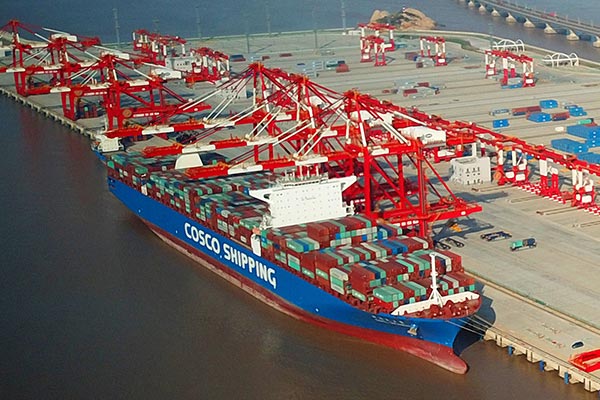 The fourth phase of the Yangshan Port project, also the last phase, starts operation. The automated terminal is the largest automation port worldwide to date.[Photo provided for China Daily]