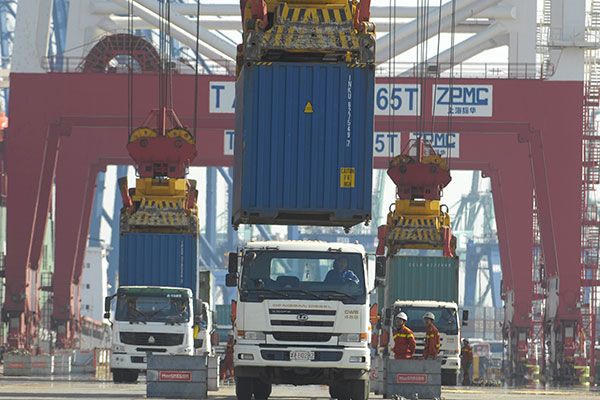 Containers from a cargo ship being loaded onto a truck at the Tianjin Port.[Photo/China Daily]