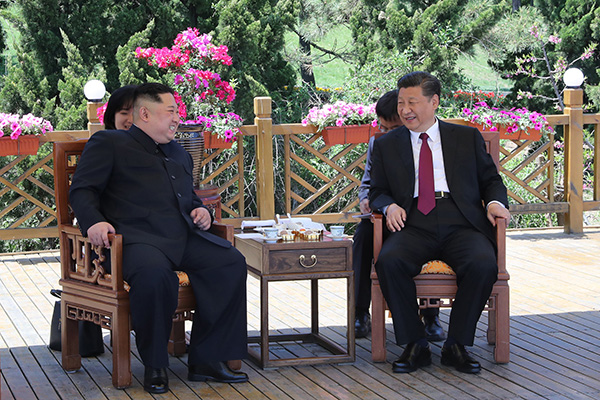 Xi Jinping (R), general secretary of the Central Committee of the Communist Party of China (CPC) and Chinese president, holds talks with Kim Jong Un, chairman of the Workers’ Party of Korea (WPK) and chairman of the State Affairs Commission of the Democratic People’s Republic of Korea (DPRK), in Dalian, Northeast China’s Liaoning province, on May 7-8. [Photo/Xinhua]