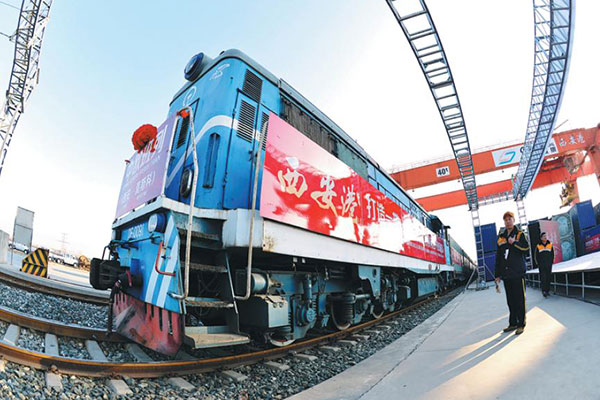 A cargo train is ready to depart from Xi’an to Moscow. The 7,423-km cargo-delivery route through Kazakhstan takes 11 days, 30 days shorter than by sea.[Photo/Xinhua]