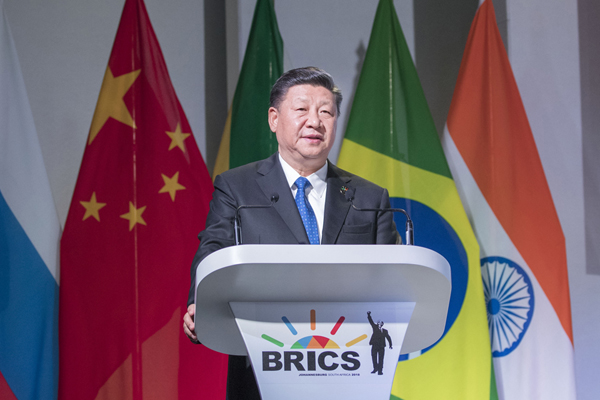 President Xi Jinping delivers a speech titled “Keeping Abreast of the Trend of the Times to Achieve Common Development” at the BRICS Business Forum in Johannesburg, South Africa, July 25, 2018. [Photo/Xinhua]