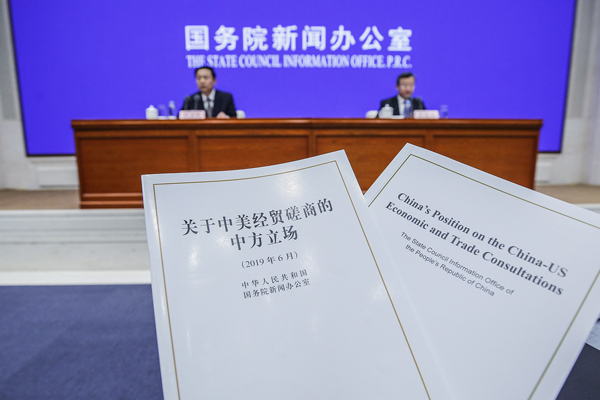 Photo taken on June 2, 2019 shows the newly-issued white paper at a news conference in Beijing, capital of China. The State Council Information Office on June 2 issued a white paper to provide a comprehensive picture of the China-US economic and trade consultations, and present China’s policy position on these consultations. [Photo/Xinhua]