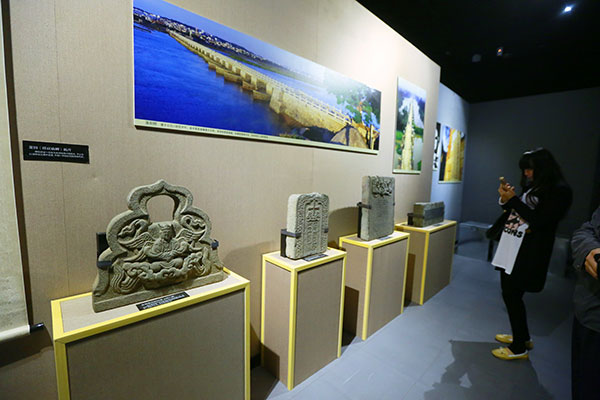 The Over the Sea show held in Quanzhou, Fujian province, presents more than 200 exhibits from nine cities on the ancient Maritime Silk Road.[Photo/China Daily]