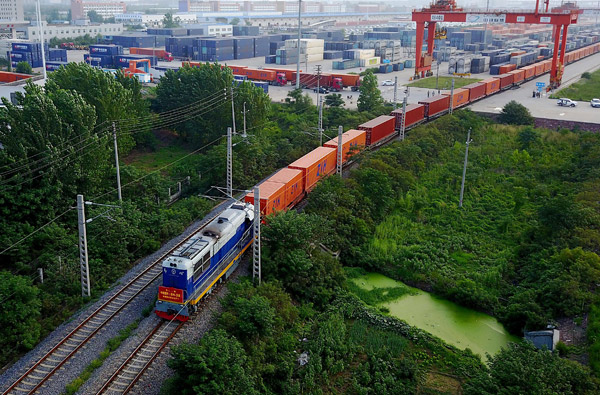 A China Railway Express train hauling cargo en route to Europe leaves the Zhengzhou Railway Station’s cargo center in early August. China-Europe freight service this year has made more trips than all previous years since the service began in 2011.[Photo/Xinhua]