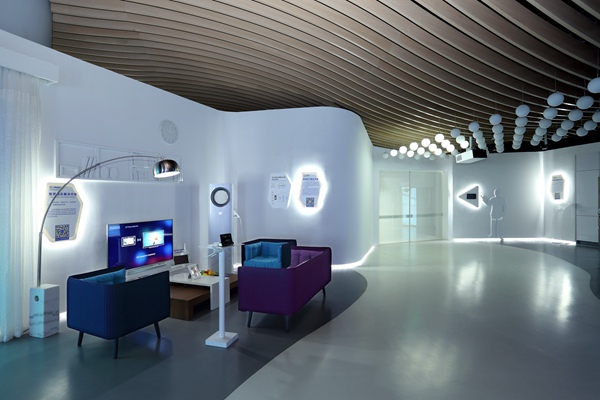 Haier’s smart refrigerator, and part of the company’s smart home system is displayed at an exhibition center in Shanghai.[Photo/China Daily]