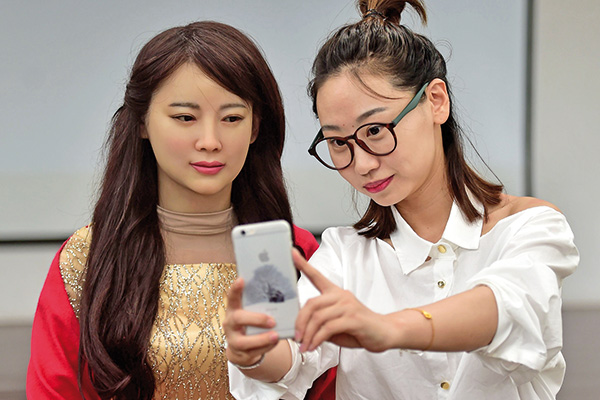 A journalist takes a selfie with a robot at the University of Science and Technology of China in Hefei, Anhui province.[Photo/Xinhua]