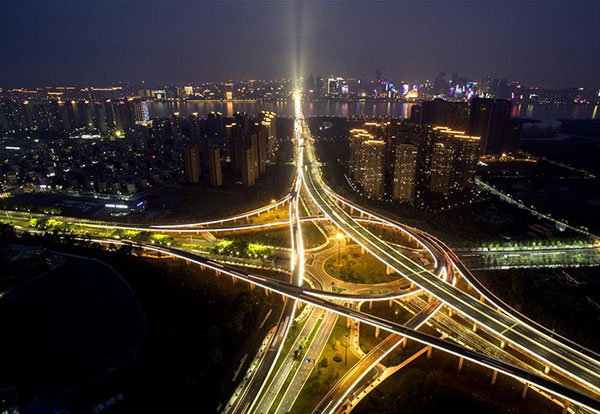 File photo taken on May 24, 2016 shows an aerial view of expressways linking Hangzhou Xiaoshan International Airport at night in Hangzhou, east China’s Zhejiang province. Hangzhou is the host city for the 2016 G20 summit on Sept 4 and Sept 5. With one month to go, Hangzhou looks forward to G20.[Photo/Xinhua]