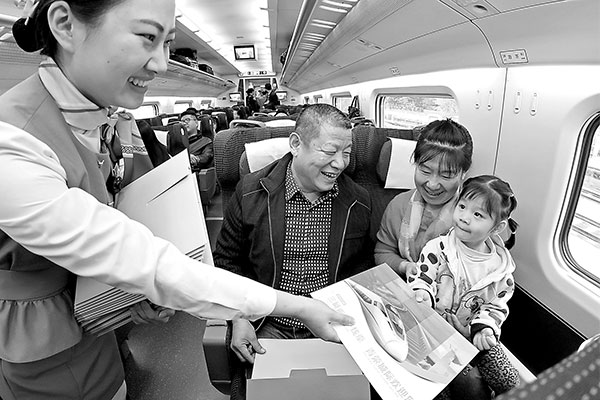 An attendant hands a commemorative envelope to passengers on the maiden trip of the Qingdao-Rongcheng high-speed rail in Shandong province on Nov 16, 2016.[Photo/China Daily]