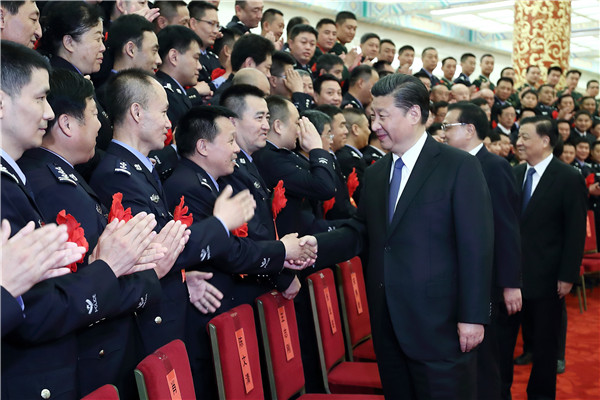 President Xi Jinping, also general secretary of the Central Committee of the Communist Party of China (CPC), Premier Li Keqiang and Liu Yunshan, a member of the Standing Committee of the Political Bureau of the CPC Central Committee, meet with heroes and role models from public security departments across the country at the Great Hall of the People in Beijing, capital of China, May 19, 2017. [Photo/Xinhua]