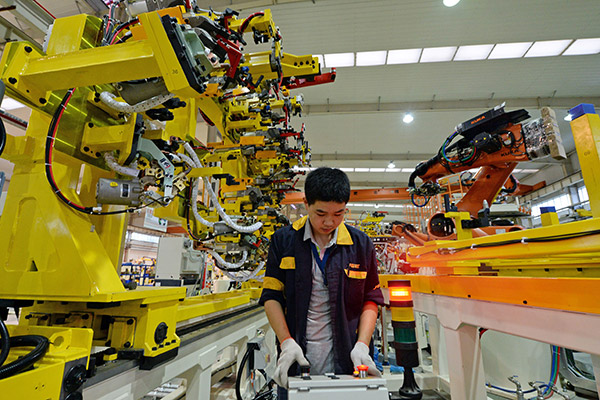 A technician of an industry park in Hefei, Anhui province, tests welding equipment to be exported to Belarus.[Photo/China Daily]