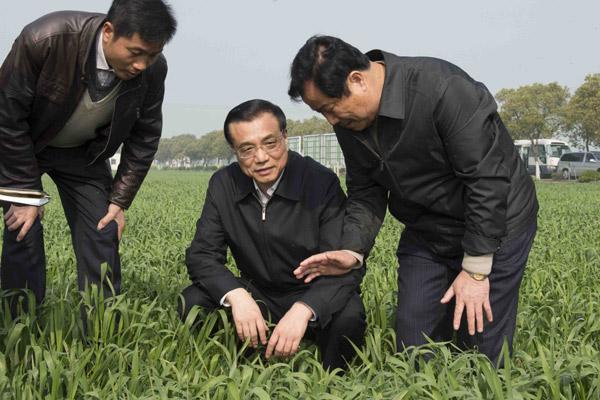 Premier Li Keqiang (C), also a member of the Standing Committee of the Political Bureau of the Communist Party of China (CPC) Central Committee, visits the Tianniang family farm in Changshu city, East China's Jiangsu province, March 28, 2013. Li had a research tour to Jiangsu and Shanghai from March 27 to March 29.[Photo by Li Xueren/Xinhua]