Friendship has grown closer over quarter of a century 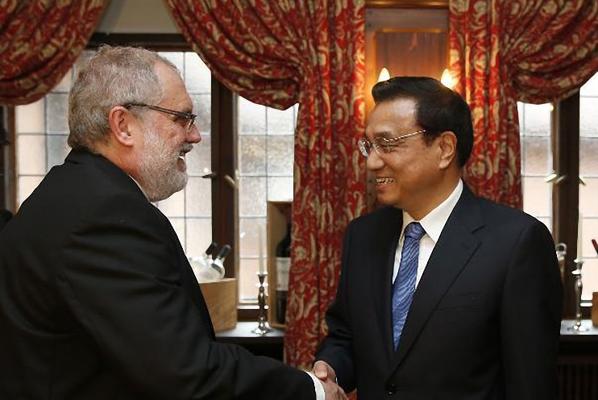 May 26, 2013, Visiting Premier Li Keqiang meets one of his old German friends, Rainer Dold, president of the German-Chinese Friendship Association, in the German city of Potsdam, during his trip to Germany. The friendship between Li and Dold dated back 24 years to Li’s 1990 visit to Germany as the head of a Chinese youth delegation.[Photo/China Daily]