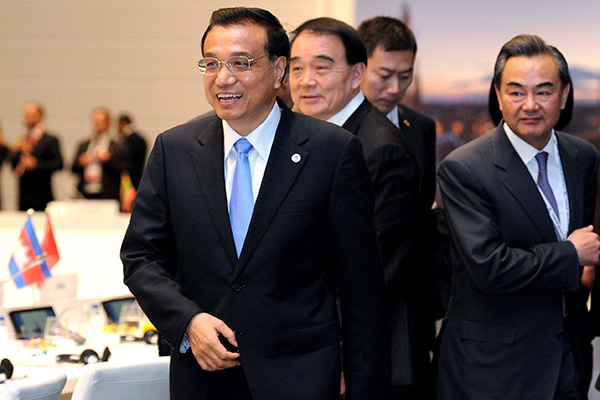 Premier Li Keqiang attends the closing ceremony of the Asia-Europe Meeting in Milan, Italy, on Oct 17. [Photo by Rao Aimin/Xinhua]