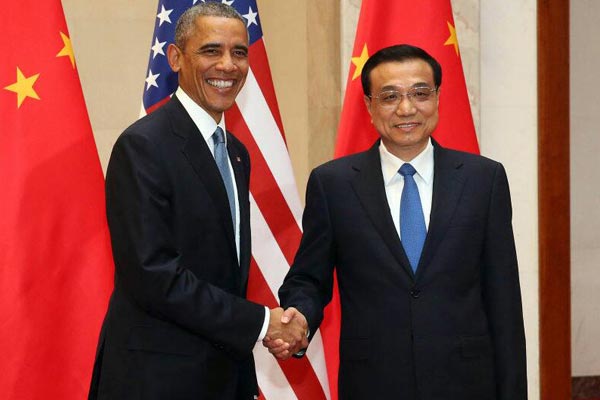 Premier Li Keqiang (R) shakes hands with US President Barack Obama during their meeting at the Great Hall of the People in Beijing, capital of China, Nov 12, 2014.[Photo/Xinhua]