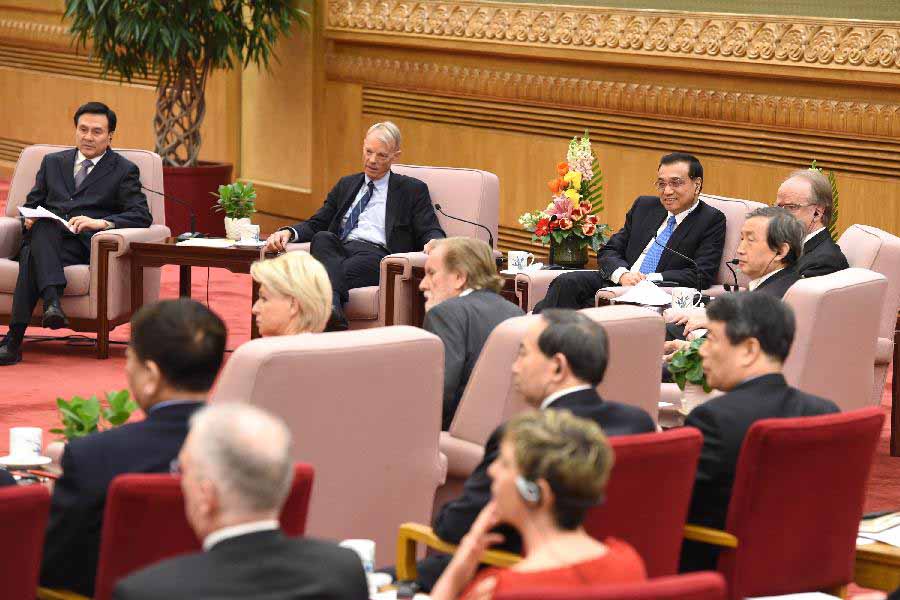 Premier Li Keqiang (3rd L) attends a seminar with foreign experts working in China, in Beijing, Feb 10, 2015, before the Spring Festival which falls on Feb 19.[Photo/Xinhua]