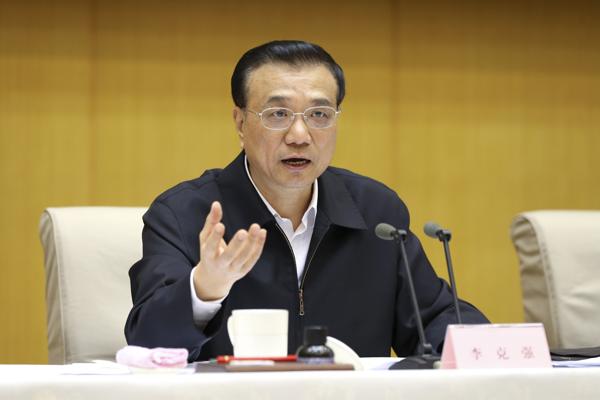 Premier Li addresses a videophone conference to streamline administration and delegate power in Beijing on May 12.