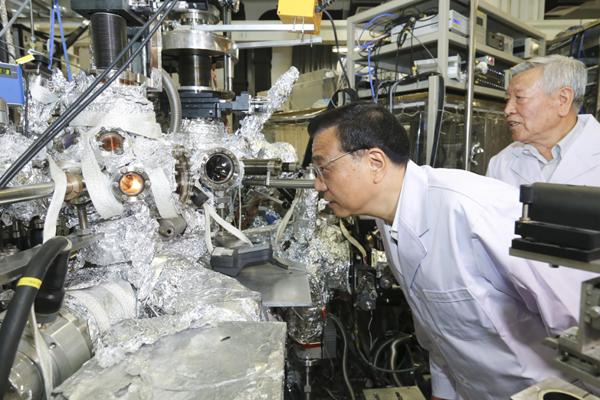 During a visit to the Institute of Physics, Chinese Academy of Sciences, on May 7, 2015, Premier Li Keqiang encouraged researchers to lay a solid foundation for basic research, and turn more of “Made in China” to “Created in China”to build the “edifice” of China’s core competitiveness.