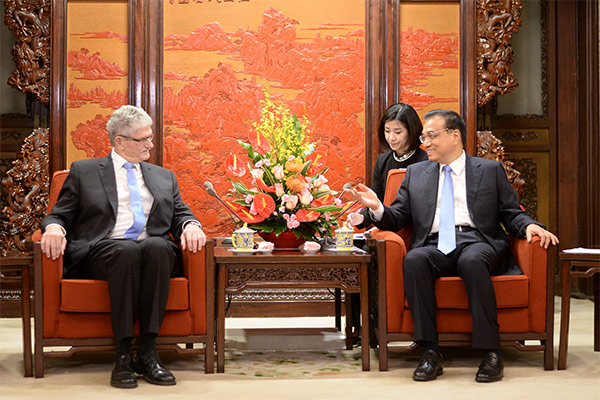 Premier Li Keqiang meets with Mogens Lykketoft, president of the 70th session of the General Assembly of the United Nations, on Oct 27 in Beijing.[Photo/China News Agency]