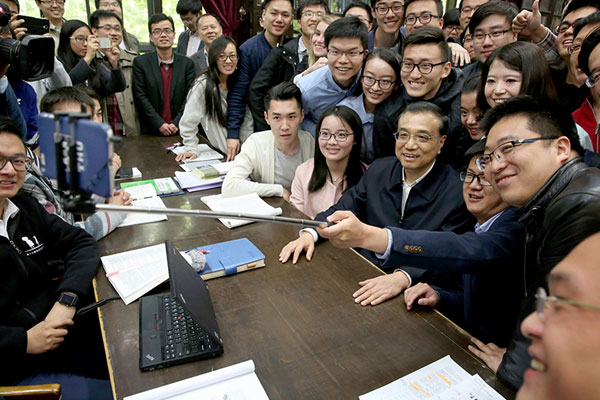 Premier Li Keqiang poses for a selfie with students at Tsinghua University in Beijing on April 15.