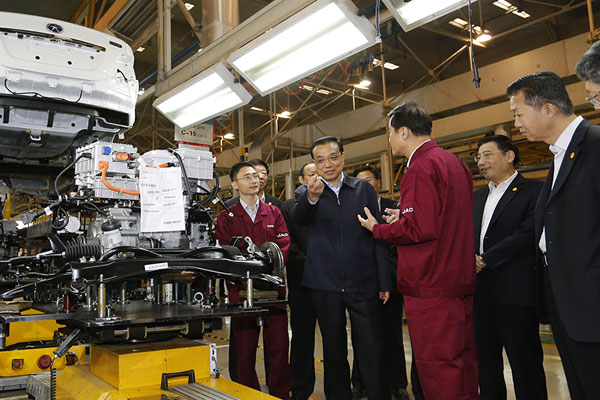 Premier Li Keqiang visits Jianghuai Automobile Corporation to inspect the research and development work being carried out by the company on new energy vehicles in Hefei, Anhui province on Oct 30, 2015.[Photo/Xinhua]