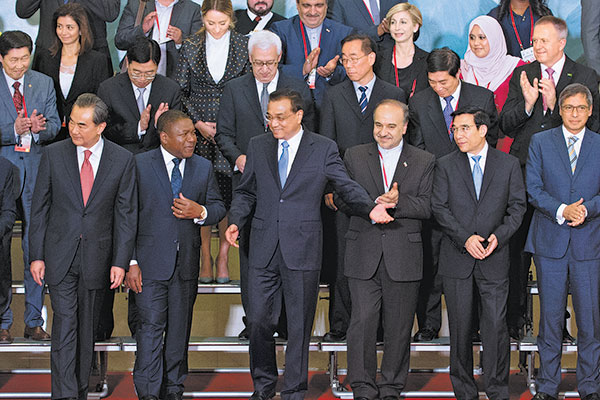 Premier Li Keqiang joins participants at the first World Conference on Tourism for Development, which opened on May 19 at the Great Hall of the People in Beijing.[Photo by Feng Yongbin/China Daily]