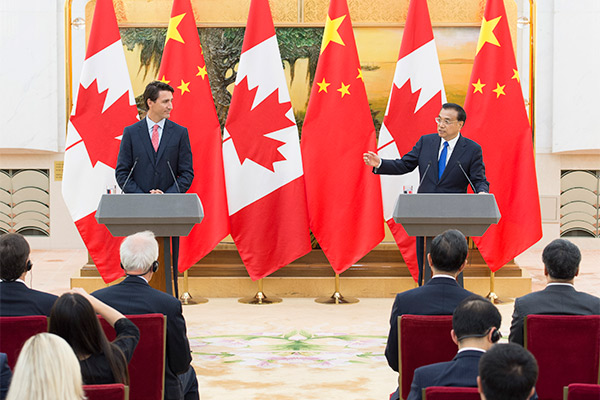 Premier Li Keqiang and Canadian Prime Minister Justin Trudeau jointly meet the press at the Great Hall of the People in Beijing on Aug 31, 2016.[Photo/Xinhua]