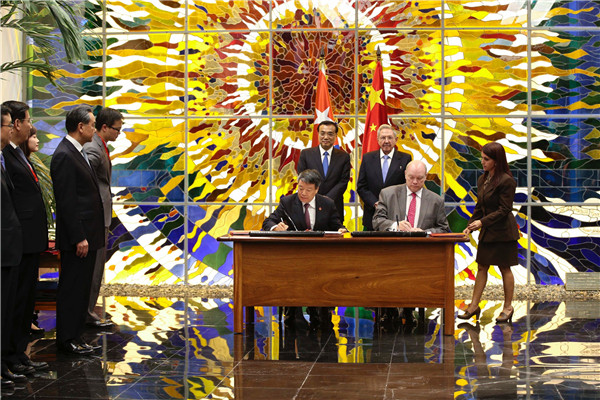 Premier Li Keqiang and Cuban President Raul Castro witness the signing of some 20 cooperative agreements in areas including economic technology, finance, production capacity, telecommunication, environment protection, and inspection and quarantine after their talks at the Palace of the Revolution in Havana, Cuba, Sept 24, 2016. [Photo/Xinhua]