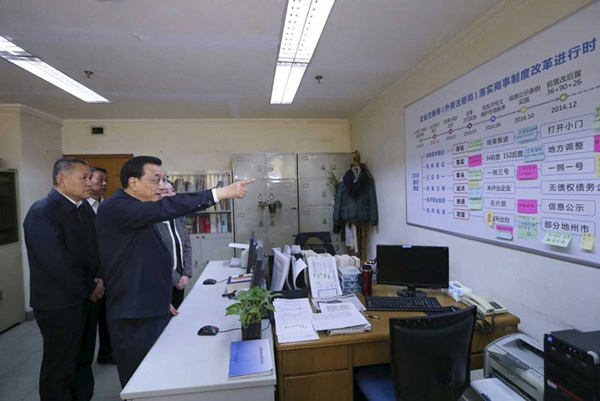 Premier Li urges merging the business license, organization code certificate and certificate of taxation registration into one during a visit to the State Administration for Industry and Commerce in March 2015.