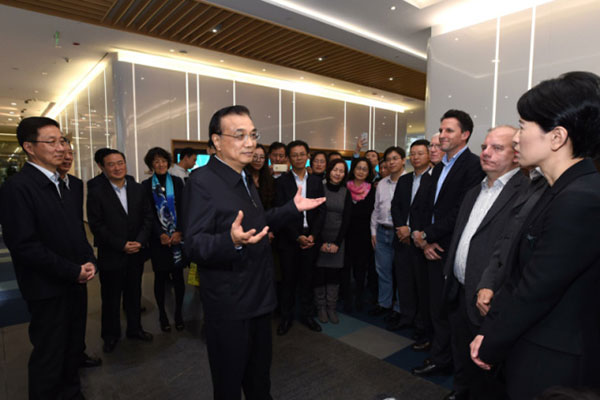 Premier Li Keqiang takes an inspection tour at a General Electric technology park, during his trip to the Shanghai Free Trade Pilot Zone on Nov 21.