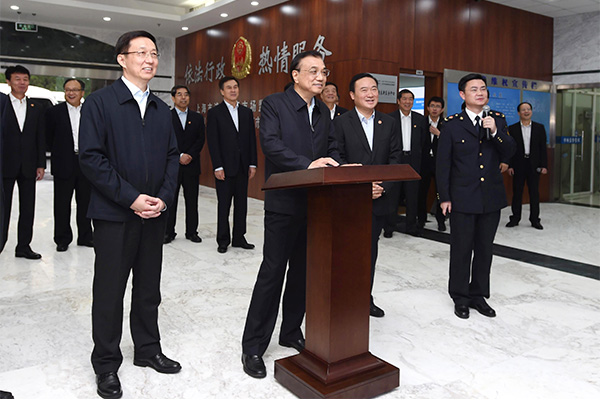 Premier Li Keqiang tries out an online platform by clicking the button to randomly choose a dozen staffers to inspect 27 food companies, during his inspection of the Shanghai Free Trade Zone on Nov 21, 2016.[Photo/Xinhua]