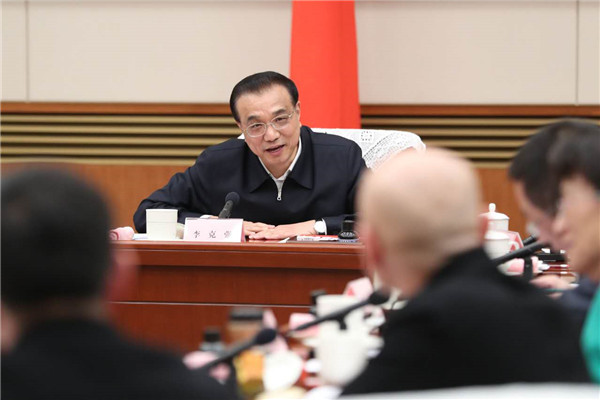 Premier Li Keqiang holds a symposium on Jan 16 to seek suggestions on the government work report draft for 2017. [Photo/Xinhua]