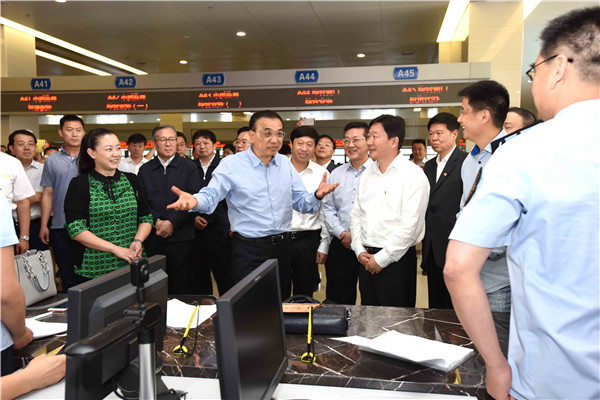 Premier Li Keqiang inspects the citizens’ service center in Shiyan city of Hubei province on May 23, 2016.