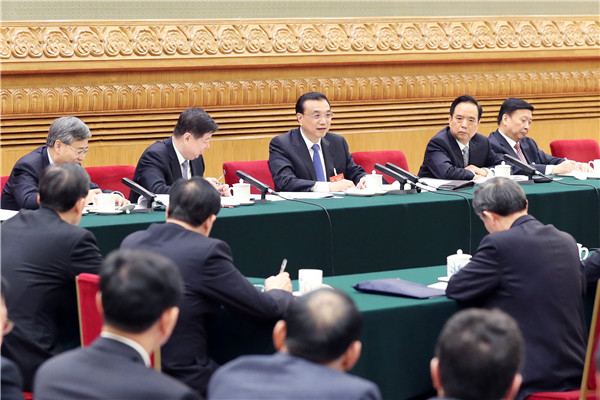 Premier Li Keqiang joins a panel discussion with deputies to the 12th National People’s Congress (NPC) from Shandong province at the annual session of the NPC in Beijing, capital of China, March 6, 2017. [Photo/Xinhua]