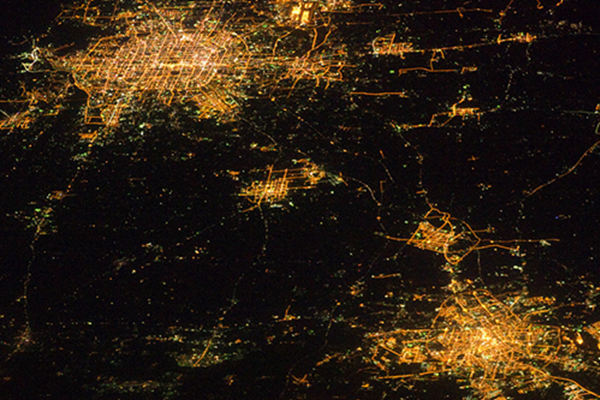 Beijing and Tianjin are seen in a nighttime satellite photograph.