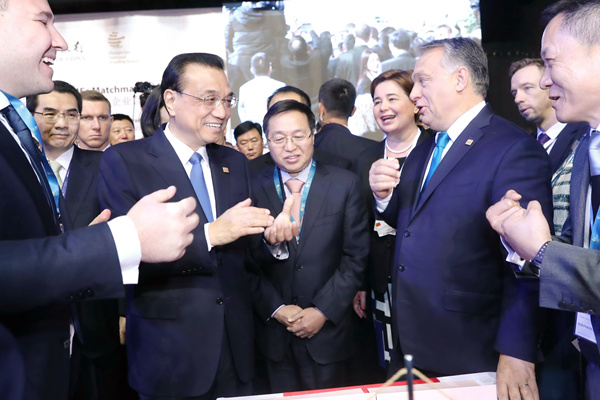 Premier Li Keqiang and Hungarian Prime Minister Viktor Orban (center, right) talk with entrepreneurs after the opening of the seventh China and the Central and Eastern European Countries Economic and Trade Forum in Budapest, Hungary, on Nov 27. [Photo/Xinhua]