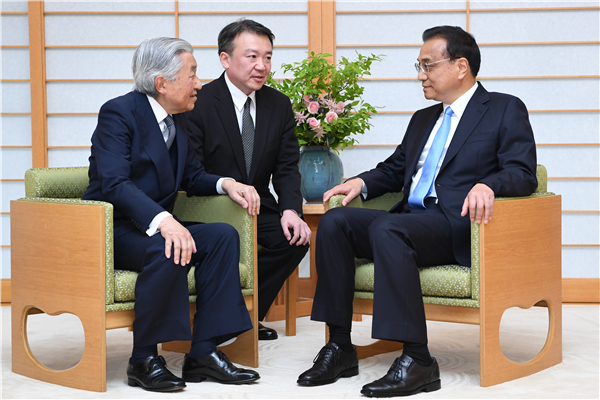 Premier Li Keqiang meets with Japanese Emperor Akihito in Tokyo on May 10. [Photo/Xinhua]