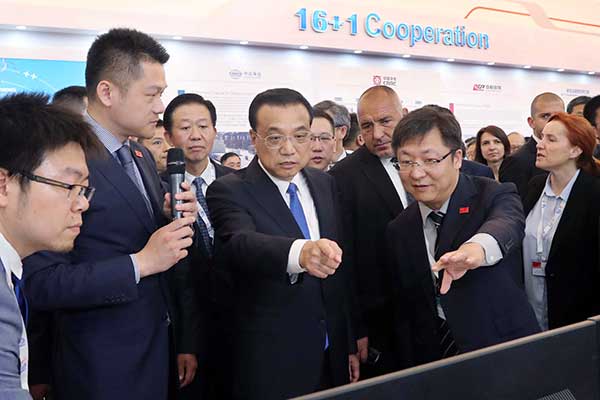 Premier Li Keqiang and leaders from 16 Central and Eastern European countries (CEEC) visit an exhibition on the achievements of cooperation between China and the CEEC in Sofia, Bulgaria, July 7, 2018. [Photo/Xinhua]