Premier: Reform on production permits worth the money 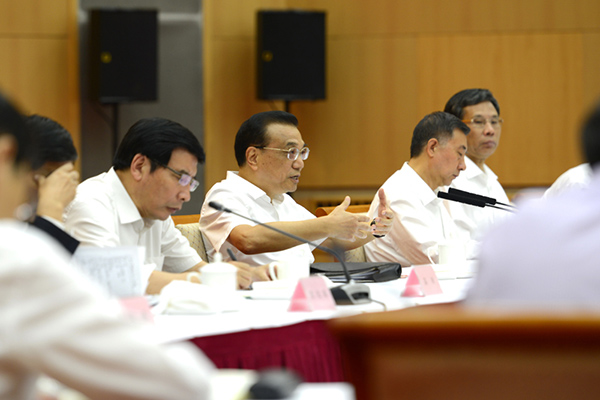 Premier Li Keqiang presides over a symposium during an inspection tour to the State Administration for Market Regulation on Sept 11.[Photo/Xinhua]