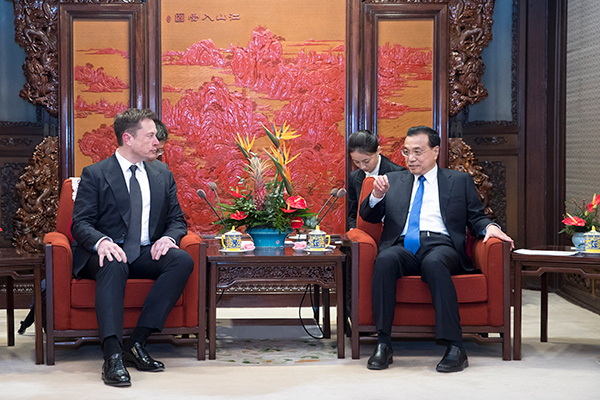 Premier Li Keqiang meets with Elon Musk, chief executive officer of the US electric carmaker Tesla in Beijing on Jan 9, 2018.