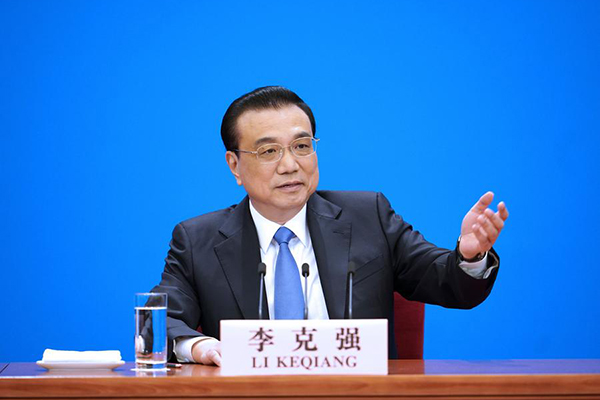 Premier Li Keqiang meets the press after the conclusion of the second session of the 13th National People’s Congress (NPC) at the Great Hall of the People in Beijing, capital of China, March 15, 2019. [Photo/Xinhua]