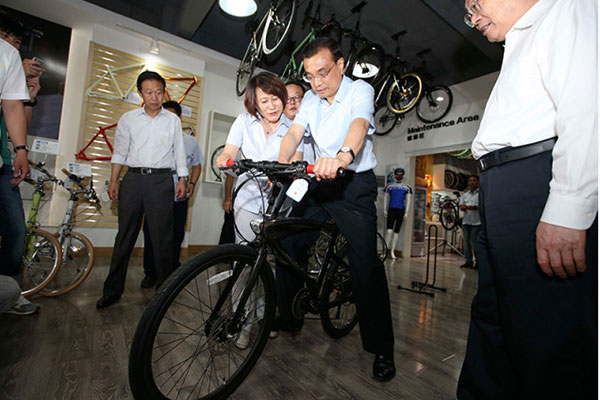 Premier Li Keqiang gets on a super intelligent bicycle built from carbon fiber, for a test ride during a visit to a Flying Pigeon bicycle experience store in Tianjin on June 26, 2016. He says he would like to advertise Chinese bicycles, saying he wants to help support the intelligent upgrading of the “Made in China” strategy.